'Here at St Ives and Hayle it's peak season and we are very busy on the run up to Britain in Bloom judging. Although the season got off to a slow start, the plants caught up very quickly and seem to be thriving in the good weather.'
by Chris Bassett 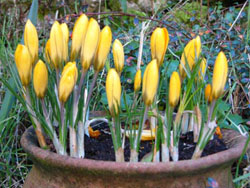